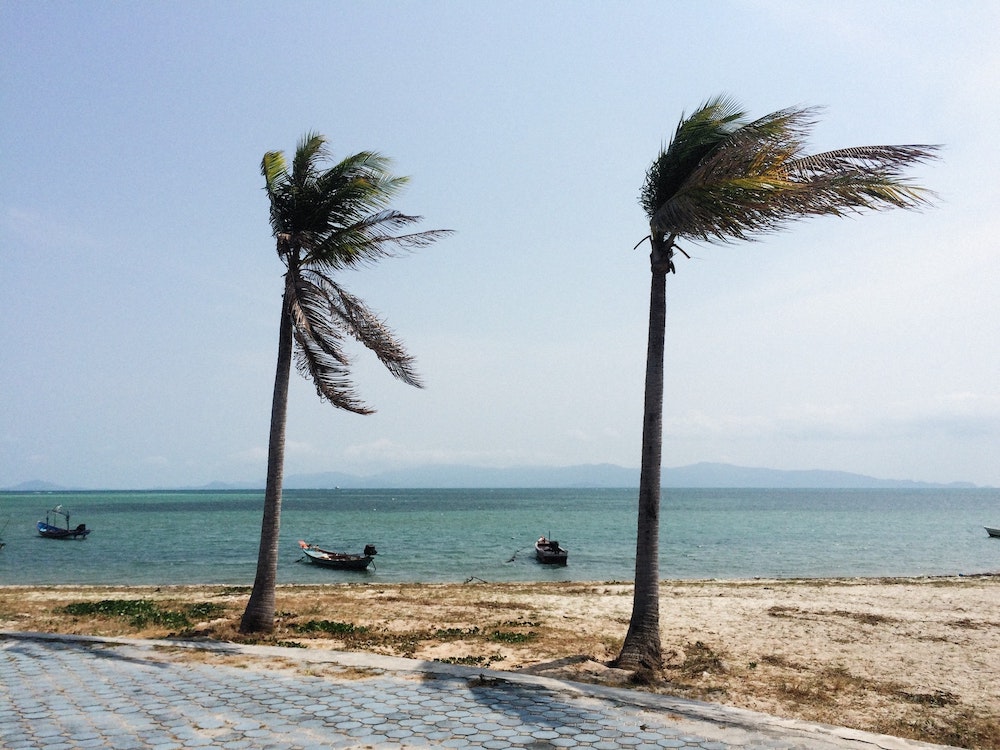 Jamaica is located in the Caribbean Sea, making it vulnerable to tropical storms and hurricanes.

The Atlantic hurricane season runs from June 1st through November 30th with peak activity occurring between late August and October. Although Jamaica is not known for major hurricanes, there have been some notable ones in recent years including Hurricane Gilbert (1988), Ivan (2004) and Dean (2007).

It’s important for travelers to be aware of the potential risks posed by an active hurricane season when planning their trip to Jamaica. It’s best practice to monitor weather forecasts before traveling as well as during your stay on the island – particularly if you are visiting during hurricane season or near its peak months of September and October.

If a storm does come nearby, follow all advice given by local authorities regarding evacuation procedures or other safety protocols that may be put into place. Travelers should also make sure they are adequately insured against any losses due to a natural disaster such as flooding caused by heavy rains associated with a hurricane system passing close-by Jamaican shores – many travel insurance policies offer coverage for this type of situation but check your policy details carefully beforehand so you know what kind of protection you have available should something happen while on vacation in Jamaica!

Which Months Are The Hurricane Season In Jamaica?

The hurricane season in Jamaica typically runs from June to November. During this time, the island is vulnerable to storms that can bring high winds, heavy rains, and flooding. While hurricanes are a natural part of the Jamaican climate, they can pose a serious threat to property and human life.

As a result, it is important for residents and visitors to be aware of the risks during this time of year. There are several things that people can do to prepare for a hurricane, such as making sure their homes are in good repair, stocking up on supplies, and having a plan for evacuation. By being prepared, people can help to reduce the impact of a hurricane if one does strike.

Safety Precautions That People Take In Hurricane Season In Jamaica

Here some important safety precautions that people take in the hurricane season:

Get A Hurricane Plan And Be Familiar With It

Know your hurricane evacuation route and where you will go if you need to evacuate. Have a plan for how you will communicate with your family and make sure everyone knows the plan.

Get A Hurricane Kit

This should include items like non-perishable food, water, a first aid kit, flashlights, batteries, and any prescription medications you may need.

Keep up with the latest forecast and warnings from the National Hurricane Center. Pay attention to local news and weather reports for updates on conditions in your area.

Be aware of the dangers associated with hurricanes, including storm surge, flooding, high winds, and tornadoes.

If a hurricane is heading your way, take steps to protect yourself and your property. This may include evacuating to a safe location or making sure your home is properly secured.

After a hurricane, check on your neighbors and give help to those who need it. Be a part of the rebuilding process and help your community recover.

Always follow the advice of local officials and be aware of your surroundings. If you are in an area that has been affected by a hurricane, stay away from standing or running water, downed power lines, and debris.

Which Type Of Hurricane Takes Place In Jamaica?

There are several types of hurricanes that can take place in Jamaica. The most common type is the tropical cyclone, which is usually characterized by strong winds and heavy rains. These storms typically occur between June and November, and they can often cause significant damage to property and infrastructure.

Another type of hurricane that occasionally affects Jamaica is the subtropical cyclone, which is typically less intense than a tropical cyclone. These storms typically occur between December and May, and they often bring lighter winds and rains. While they generally cause less damage than tropical cyclones, they can still be destructive if they make landfall. Regardless of the type of hurricane, it is important to be prepared for severe weather conditions when living in or visiting Jamaica.

What Type Of Problem Does The Government Face In The Hurricane Season In Jamaica?

The Jamaican government typically faces two main problems during the hurricane season: lack of resources and coordination issues. Lack of resources is often due to the fact that the government doesn’t have enough money to invest in proper infrastructure, such as reliable evacuation routes and shelters.

This can often lead to loss of life, as was the case during Hurricane Gilbert in 1988. Coordination issues are often due to the fact that different government agencies responsible for different aspects of the hurricane response don’t always work well together.

This can lead to confusion and delays, which can make the situation even more dangerous. The good news is that the Jamaican government has been working hard to improve both of these problems in recent years, and they are now better prepared for the hurricane season than ever before.

How Many Hurricanes Does Jamaica Face Every Year?

Around the world, hurricane season is a time of anxiety and preparation. Coastal communities brace for the possibility of powerful storms that can bring high winds, storm surge, and heavy rains. In Jamaica, the Atlantic hurricane season typically runs from June 1st to November 30th. During this time, the island nation is vulnerable to storms that form in the Atlantic Ocean, Caribbean Sea, or Gulf of Mexico.

In an average year, Jamaica experiences two to three tropical cyclones. While this may not seem like many, these storms can still cause significant damage. In 2017, Hurricane Irma – one of the most powerful hurricanes ever recorded – caused widespread destruction across the Caribbean, including Jamaica. The storm left hundreds of thousands of people without power and caused an estimated $1 billion in damage.

As climate change continues to affect weather patterns around the world, it is possible that Jamaica will see an increase in the number of hurricanes it faces in the coming years. For now, though, Jamaicans remain vigilant during hurricane season, hoping that they will be spared from the worst that Mother Nature has to offer.